After three decades and with more than 350,000 alumni, After School Matters is now the nation’s largest and most successful program provider of its kind. From one downtown space, we have grown to more than 400 locations across the city, partnering with 200 community organizations to serve teens in all 77 Chicago neighborhoods. That means we’ve touched a lot of lives and created a ripple effect of positive change across Chicago.

We all have an After School Matters story to share—and we want to hear yours.

Click below to upload a video, photo, or written note.

Daniel Kyri, a Chicago native who became involved in ASM acting programs in 2008 and has built a career in film and theatrical performance. Now a renowned actor on Chicago’s stages and on the hit NBC show “Chicago Fire,” Daniel says that ASM expanded his worldview and hope for the future at a young age. Hear from Daniel on his ASM experience!

Since 2012, Mary Ellen Caron has been the CEO of After School Matters, infusing the organization with her passion for all of Chicago’s youth. Today, under her leadership, ASM has grown and enhanced its services, remained a leader of one of the nation’s largest and most successful providers of after-school and summer program opportunities for high school teens, and continues to center the youth and the unlimited potential of teenagers throughout Chicago and beyond.

ASM Alum 👉ASM Instructor. Thaddeus Tukes began his After School Matters story back when he took his first jazz program at 13. Since then, he’s become a classically trained Jazz Vibraharpist and traveled across the world performing, composing, and celebrating the power of jazz. The Chicago Tribune says Thaddeus Tukes “brings poetry to the vibraphone.”

Today, Thaddeus is now instructing the very program that really nurtured his love and determination for being a jazz musician. Be sure to listen closely when you’re walking around Millennium Park, you’ll hear ASM teens in his Jazz Big Band program playing away! 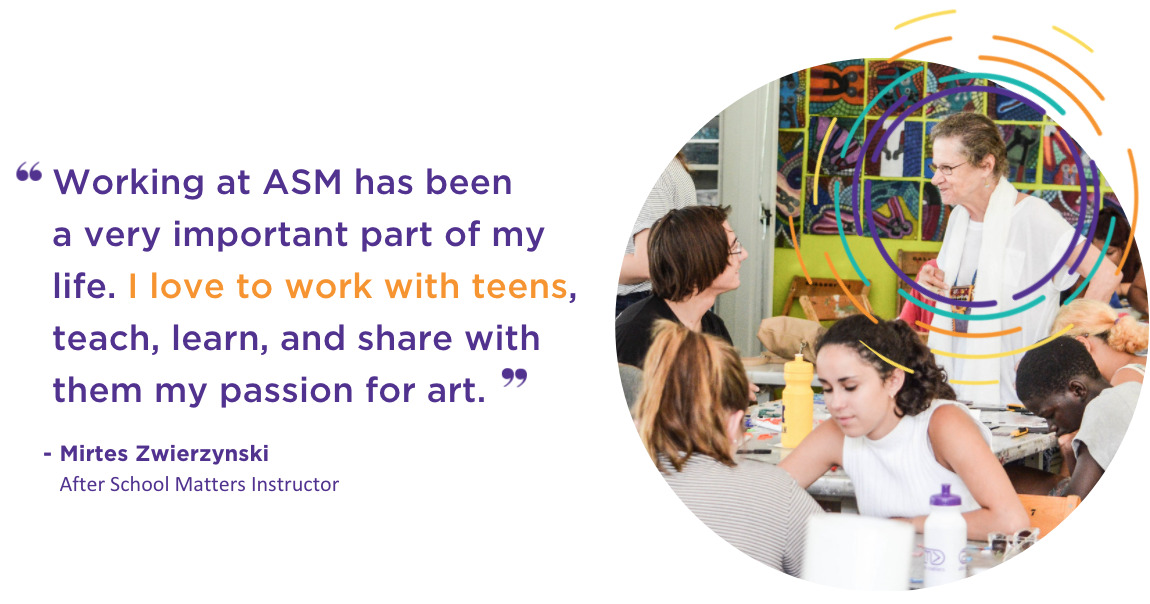 Longtime ASM instructor, Mirtes Zwierzynski, is one of the many educators who help shape the lives of ASM teens each day. Mirtes has created 20 magical mosaics with teens over her 28 years as an ASM instructor, including the latest 150-square foot masterpiece featured on the front column of our new ASM at Gately Park facility alongside ASM instructor Alex Goldin.

Since 2004, Pierre Lockett has been a vital part of After School Matters, first in his role as The Joffrey Ballet’s Director of Community Engagement and later as a valued community partner with the dance program he founded, Forward Momentum. His commitment to Chicago’s teens is inspiring!

Pierre says, “After School Matters founder Maggie Daley was a great source of inspiration and I am honored to be able to continue to make her vision a reality. I love being part of ASM because I have seen firsthand how it changes the lives of the young people who participate.” 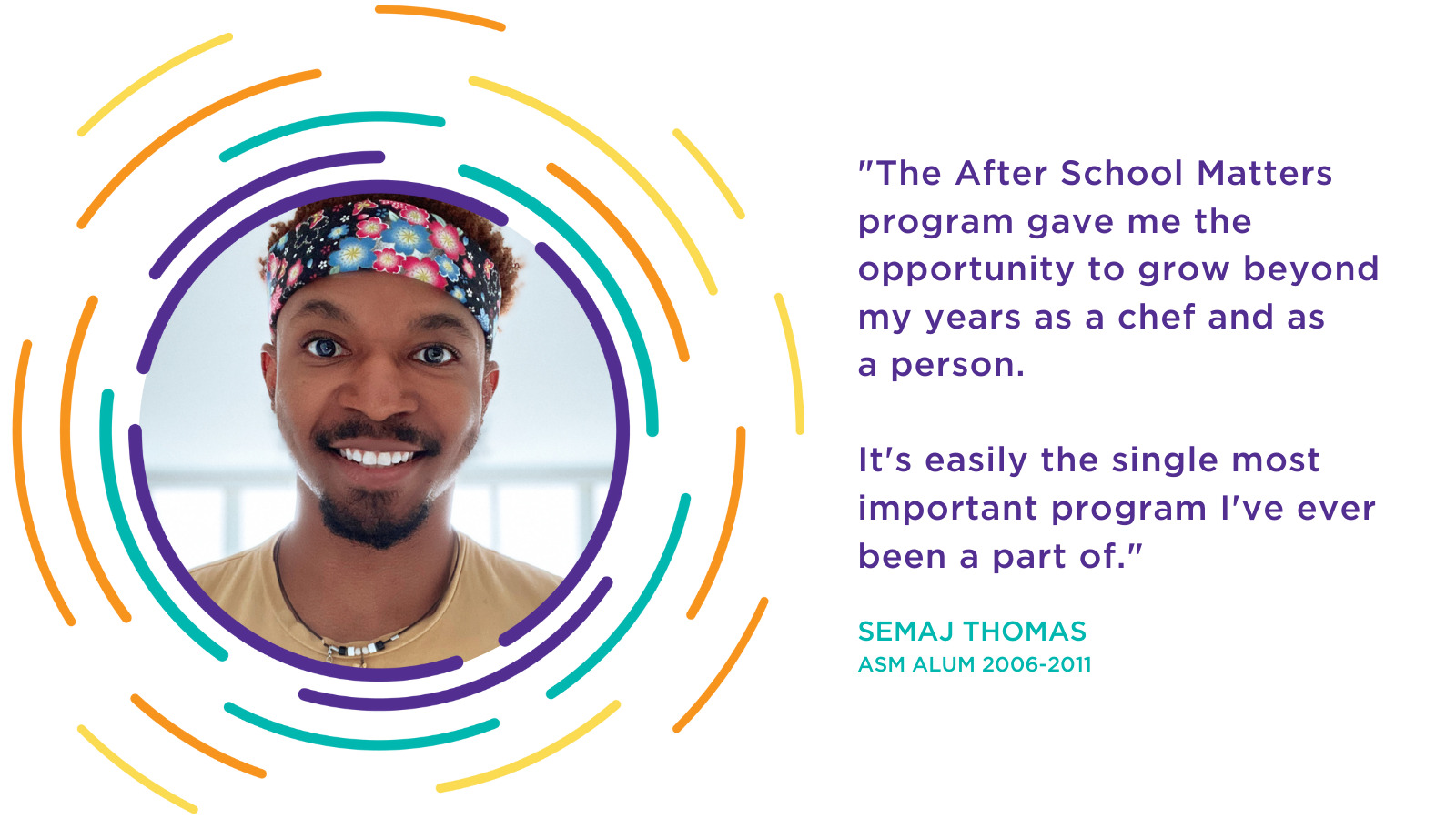 After School Matters Alum Semaj Thomas grew up in Englewood and participated in Gloria Hafer’s Advanced Culinary program with his brother Darrius. Both teens found a mentor and mother figure in Gloria and fell in love with the culinary arts. These programs empowered Semaj to try the restaurant world and he has worked his way up to become an acclaimed pastry chef at the NoMi Kitchen at the Park Hyatt. Watch a video about Semaj’s story here. 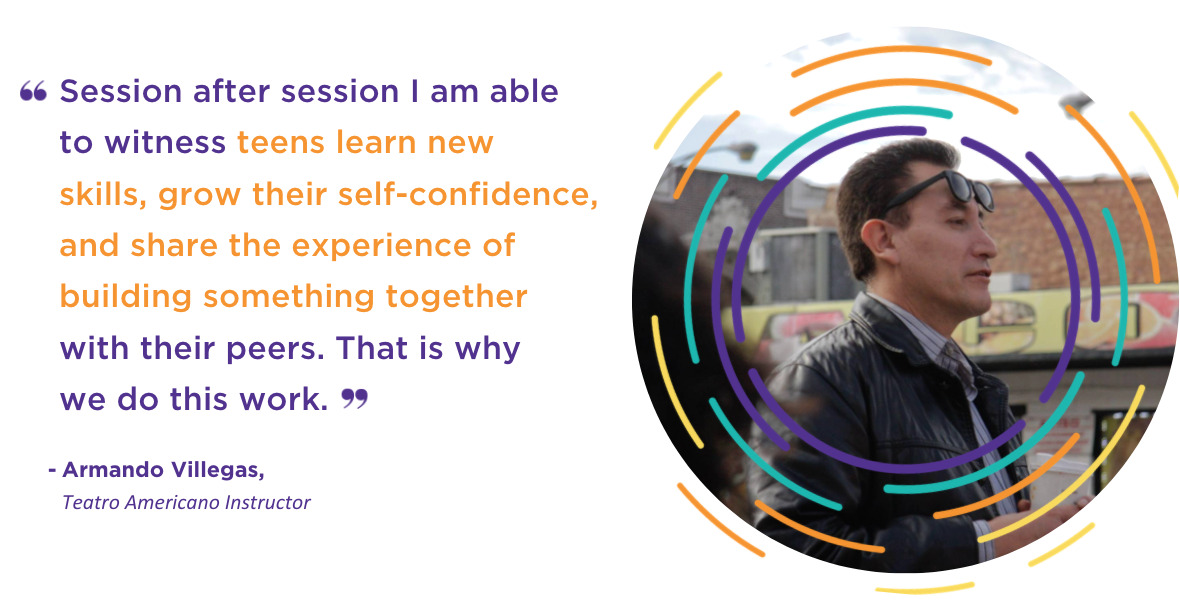 For the past five years, Armando has taught acting fundamentals and creative writing to eager ASM teens in Teatro Americano, a youth program of Latinos Progresando. In this program, teens get the chance to create and perform an original play based on stories from their communities. This program allows teens the opportunity to fully express themselves and tap into what makes their community unique — all while learning, making new friends, and, of course, having fun! 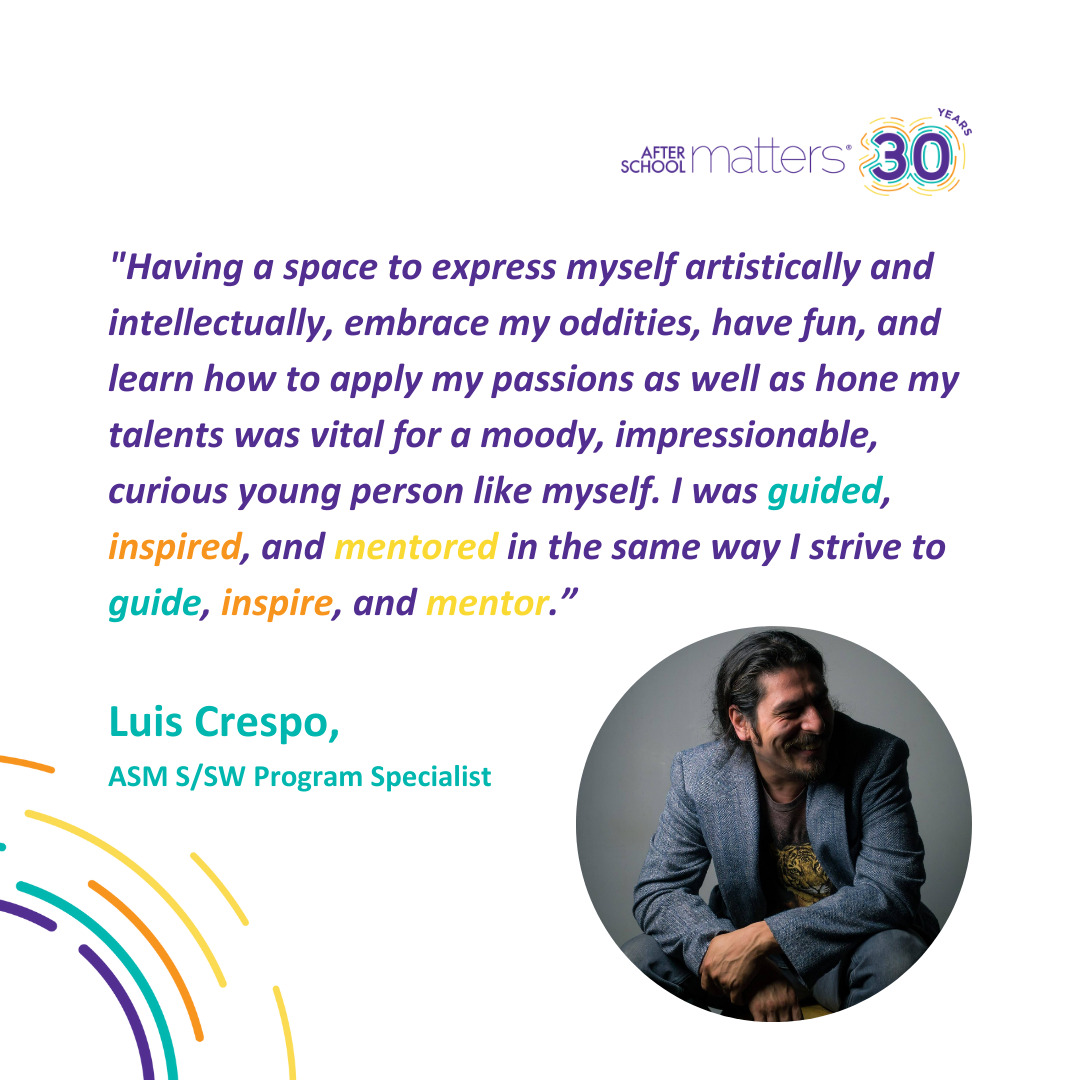 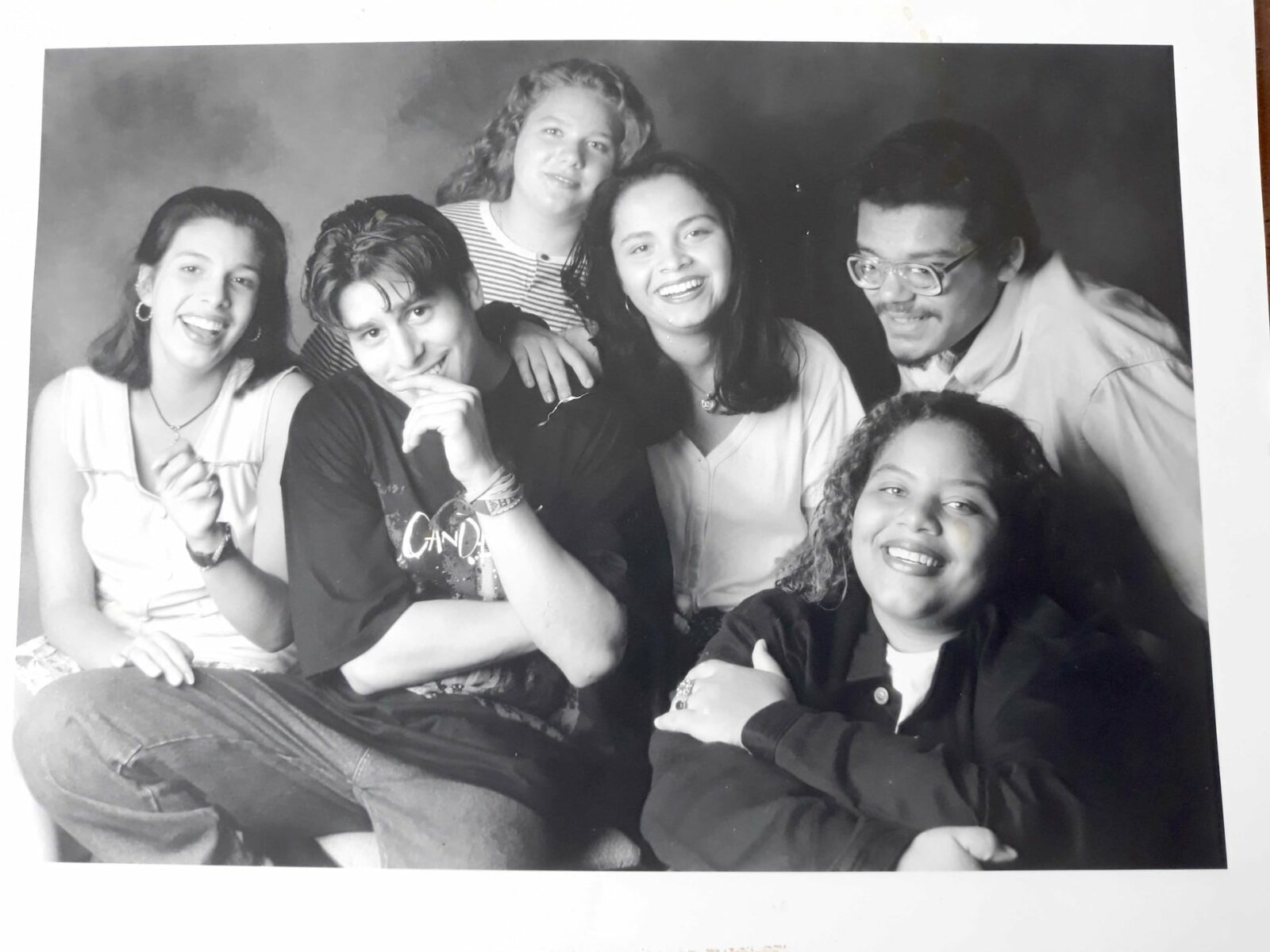 As a teen, Luis was a part of “Voces Ansiosas (Anxious Voices)” with After School Matters, and today he works as an ASM Program Specialist. In addition to mentoring Chicago’s teens the way he was mentored, Luis sings in the band Kelroy. Luis says this of his own ASM story:

“I am absolutely, without a doubt where I am as an artist, individual, worker, and grade A human now due to the After School Matters’ programming I was a part of as a youth. If it wasn’t for the after-school programs (and my mom putting me into them) I may have ended up living a very different lifestyle. There is quite the history of violence in my family so I believe that the arts really did save my life or in the least change the trajectory of where I could have ended up.”

After School Matters instructor Gerardo Cazares led ASM teens in creating this incredible, collaborative mural that is centered around indigenous identity. This One Summer Chicago Youth Mural with Back of the Yards Neighborhood Council (BYNC) spans an alley on 47th and Honore St., behind the BYNC, and consists of several image concepts unified by the theme of indigenous struggle, gentrification, and displacement of Indigenous people.

Thank you to lead artists ASM Alum DIGZ and Leah P. and current ASM apprentices Katherrin B. and Krystal Z. for taking part in such an impactful project.

This BYNC One Summer Chicago Mural is still in progress – but be sure to check it out the next time you’re in the neighborhood! 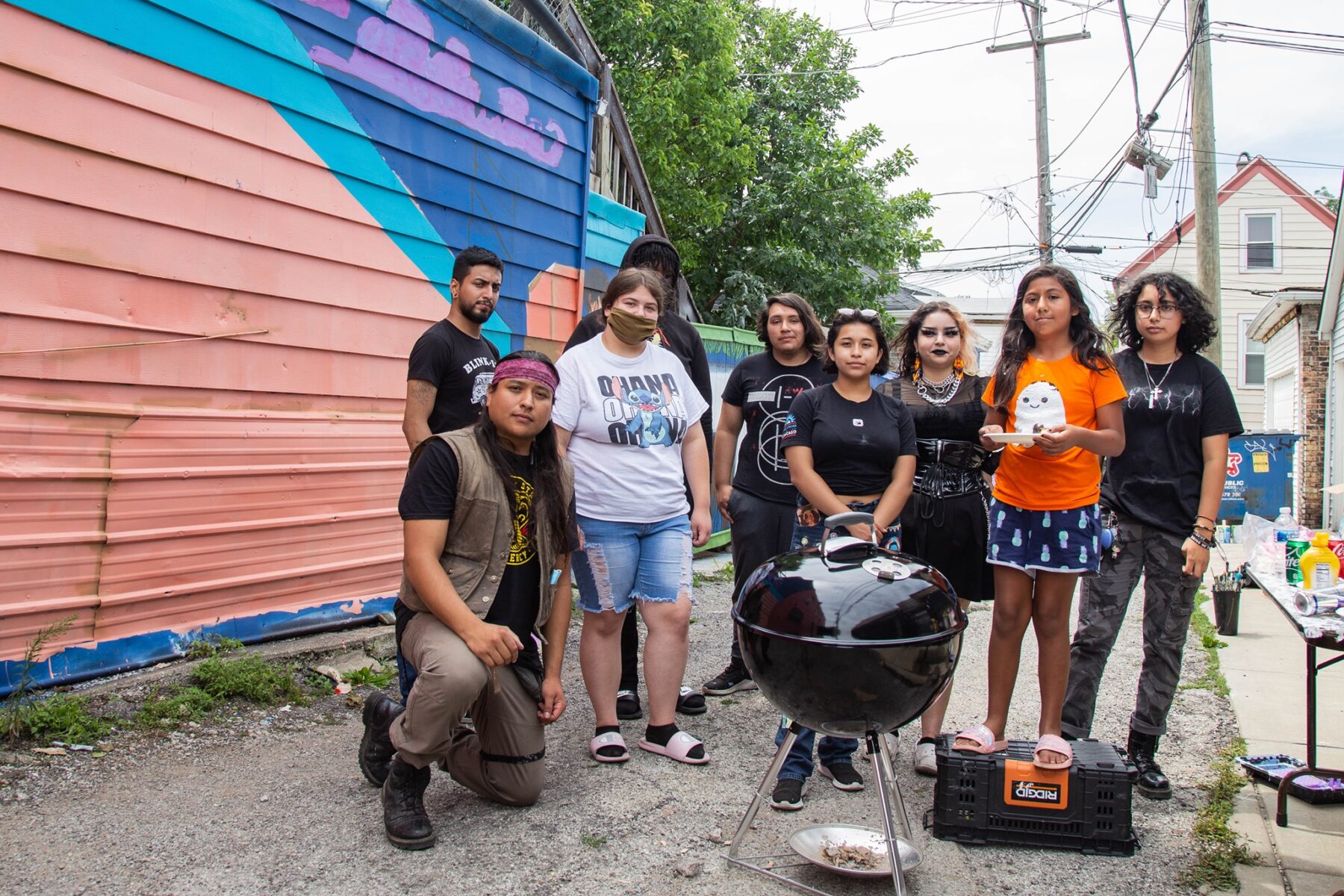 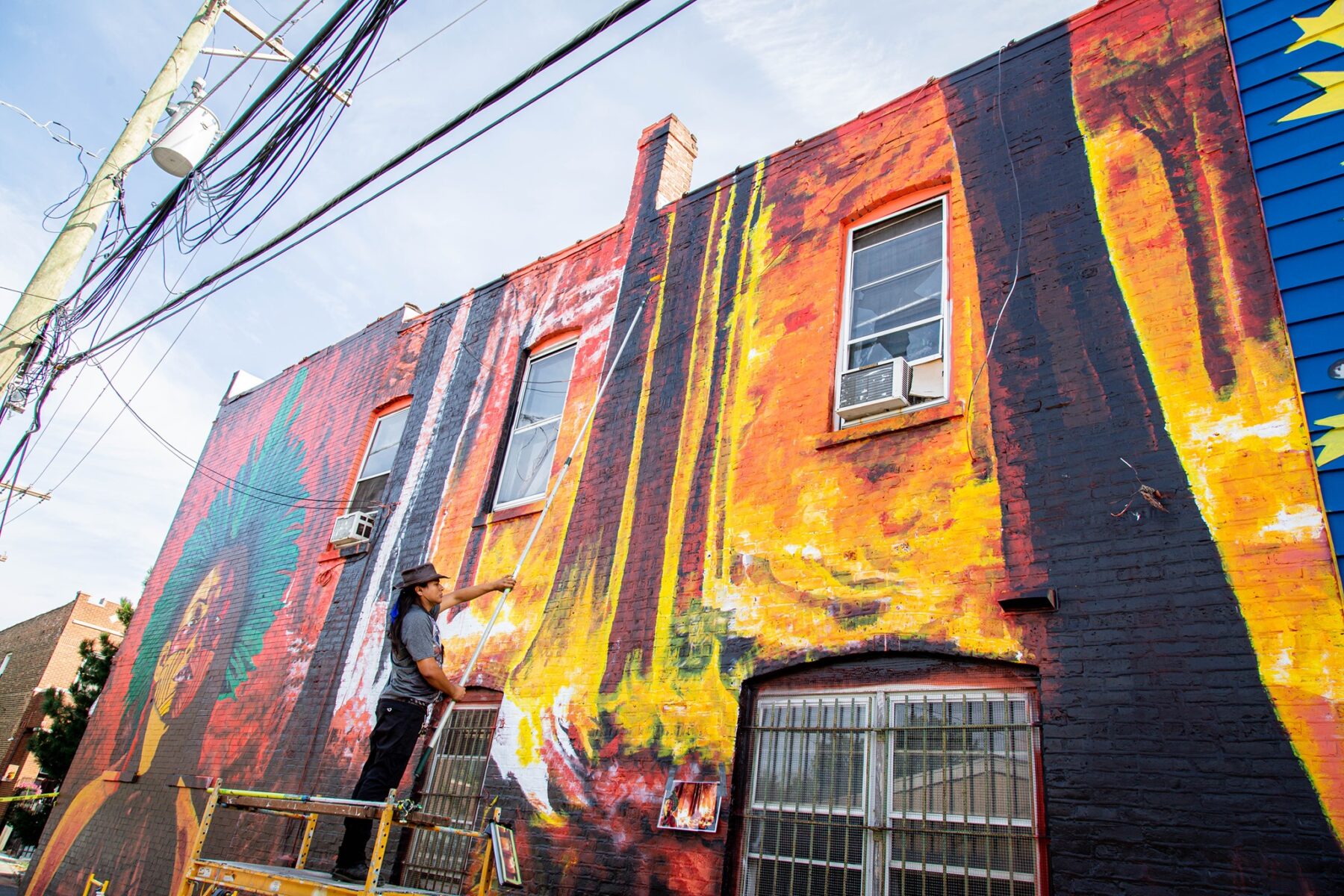 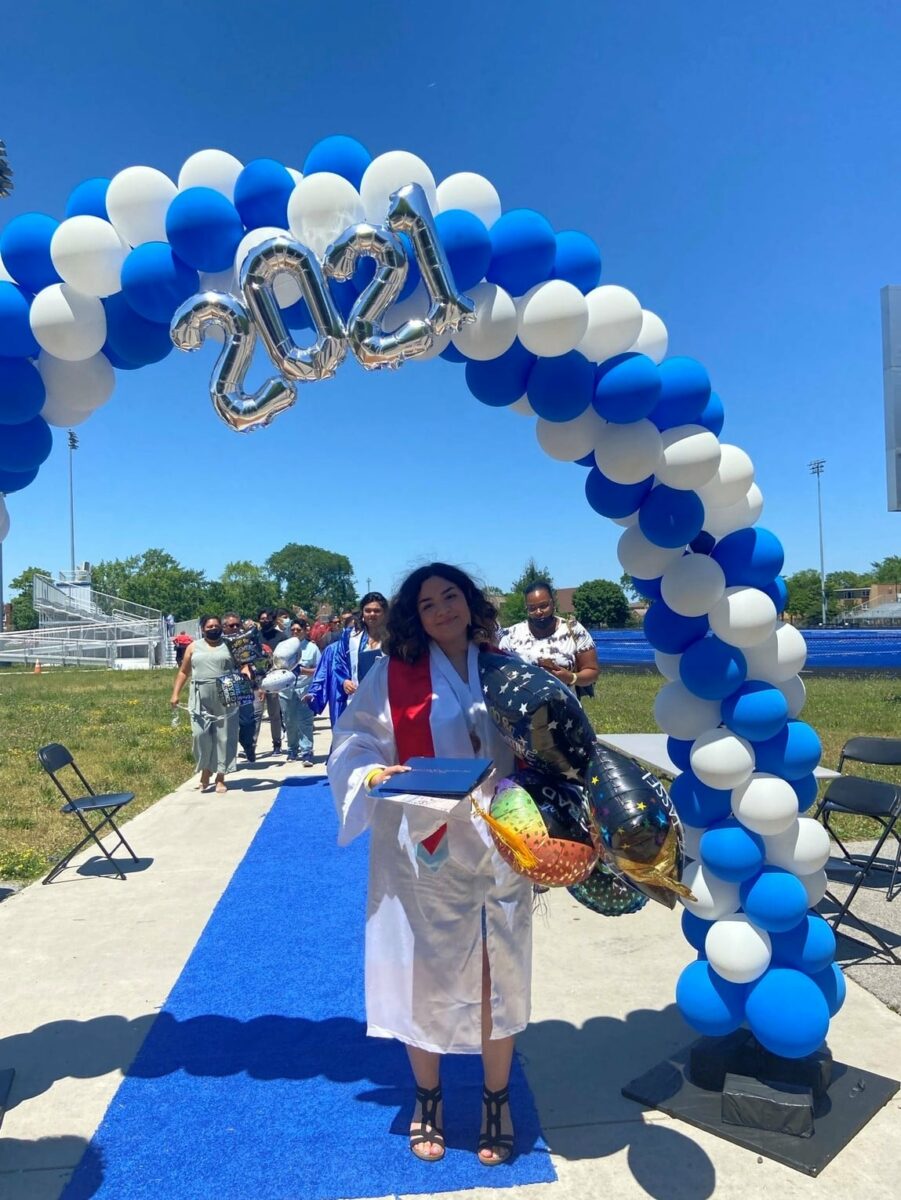 After School Matters teen Millie C. received over $800,000 dollars in college scholarships for engineering to the University of Illinois at Urbana-Champaign. Millie has participated in ASM programs for four years and most recently was in our Advanced Culinary Arts program led by instructor Gloria Hafer. We wish you the very best as you head to UIUC, Millie!

This summer our talented teen muralists took on the incredible project of creating a vibrant mural in partnership with Related Midwest. Led by ASM instructor Erick “Roho” Garcia, teens worked together at the ASM tent at Millennium Park to create a piece they’re all proud of.

This summer our teens in the Musical Experience program performed “Into the Woods” and their ASM Instructor Jason Krumwiede says, “A cast with a few returnees and many new faces, they quickly bonded through dialogue on the show’s themes, and through the rehearsal process. With a cast member who was deaf, we incorporated ASL through choreography and spoken word, giving everyone an opportunity to explore communication in other ways. When it came time for the curtain to open it was an emotional moment for cast, crew, and the audience.”