After School Matters programs are offered at a variety of neighborhood sites across the city in schools, parks, community centers, libraries and more through nearly 200 community organizations, as well as in three flagship After School Matters’ buildings designed specifically for Chicago teens: Gallery 37 Center for the Arts, The Lutz Center, and Gately Park.

Offering teen-dedicated program facilities has taught us that young people thrive in a space they see as their own. Teens take ownership and pride in their programs, which in turn supports high levels of achievement. Through teen-dedicated spaces across the city—both in our own buildings and throughout our neighborhood sites—we are showing teens how much they matter and empowering them to build a brighter future for themselves and their communities.

Gallery 37 Center for the Arts

After School Matters’ original programming space dedicated to teens—Gallery 37 Center for the Arts—brings together nearly 1,500 teens from every single Chicago community area each year in the heart of downtown Chicago just off Michigan Avenue.

In 2000, Gallery 37 expanded its programming to become After School Matters, the building located at 66 East Randolph Street became known as Gallery 37 Center for the Arts—the organization’s first flagship site—serving as a haven of diversity and creativity in the heart of the Loop. Former Chicago First Lady Maggie Daley and the Chicago Department of Cultural Affairs Commissioner Lois Weisberg co-founded Gallery 37 in 1991. An open lot in the City’s business district, “Block 37,” sat undeveloped. This location was where After School Matters’ predecessor, Gallery 37, was born. That first summer, 260 teens apprenticed with professional artists and earned a monetary stipend for their work in large white tents on Block 37. 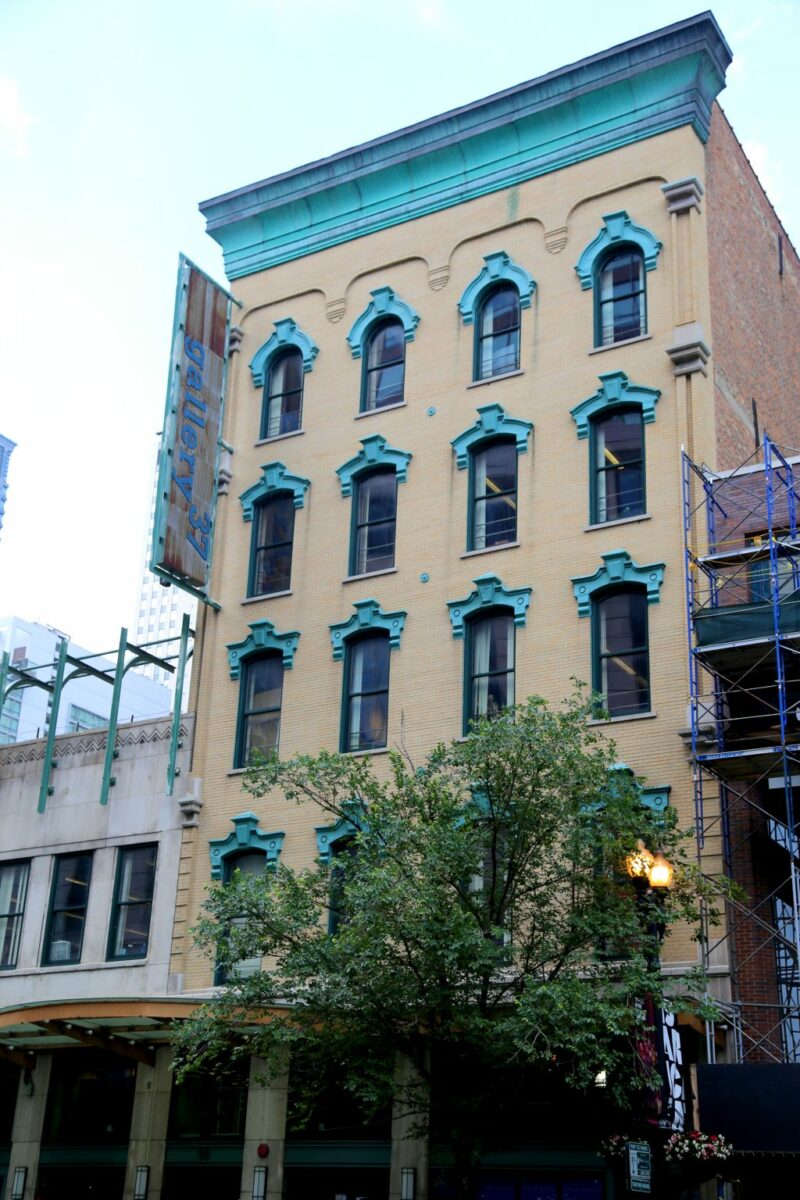 The Michael and Karyn Lutz Center for After School Matters

After School Matters is grateful for the exceptional generosity of the Michael and Karyn Lutz Family Foundation. Their commitment to transforming the lives of young people, along with their families and communities, is inspirational.

Thanks to their tremendous gift, The Michael and Karyn Lutz Center for After School Matters has become what it is today: a world-class facility that shows our teens they matter. The building was specifically and intentionally designed for our teens and serves as a model for bringing teen-focused programming into more city neighborhoods that deserve more resources and opportunities.

Throughout four floors of programming space, The Lutz Center offers a Chef’s Kitchen for culinary programs along with the Alex and Lyhn Green “The Eating Spot” for tastings, a tech lab, dance studio, three resource centers, a vocal rehearsal room, and recording booths, a fashion design studio, art studio, and community showcase space, the Michael and Debbie Sear Tinkering Space where teens use how to produce product prototypes, and much more. 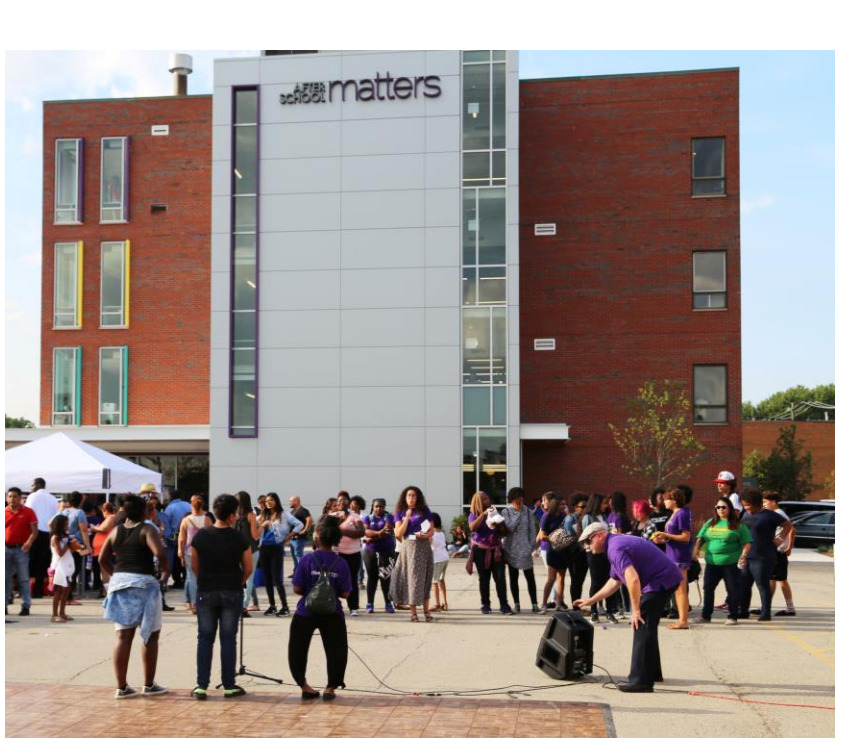 After School Matters at Gately Park

In 2021, in partnership with the Chicago Park District, After School Matters opened its third teen-centric facility on the city’s far south side at Gately Park which can serve up to 1,500 young people each year.

Thanks to the transformative generosity of the Hobson/Lucas Family Foundation, After School Matters at Gately Park was designed as a facility specifically for teenagers—providing them a space in the heart of Chicago’s Pullman and Roseland neighborhoods where young people will thrive and discover their potential.

This facility is a wing of the Gately Park field house operated by the Chicago Park District. The After School Matters wing was designed by the architectural firm Eckenhoff Saunders and consists of two levels over 24,000 square feet and features art and dance studios, music and recording rooms, a full culinary kitchen, tech labs with 3D printers, a rooftop garden, and other safe and supportive spaces where teens can learn, grow, and just be themselves. 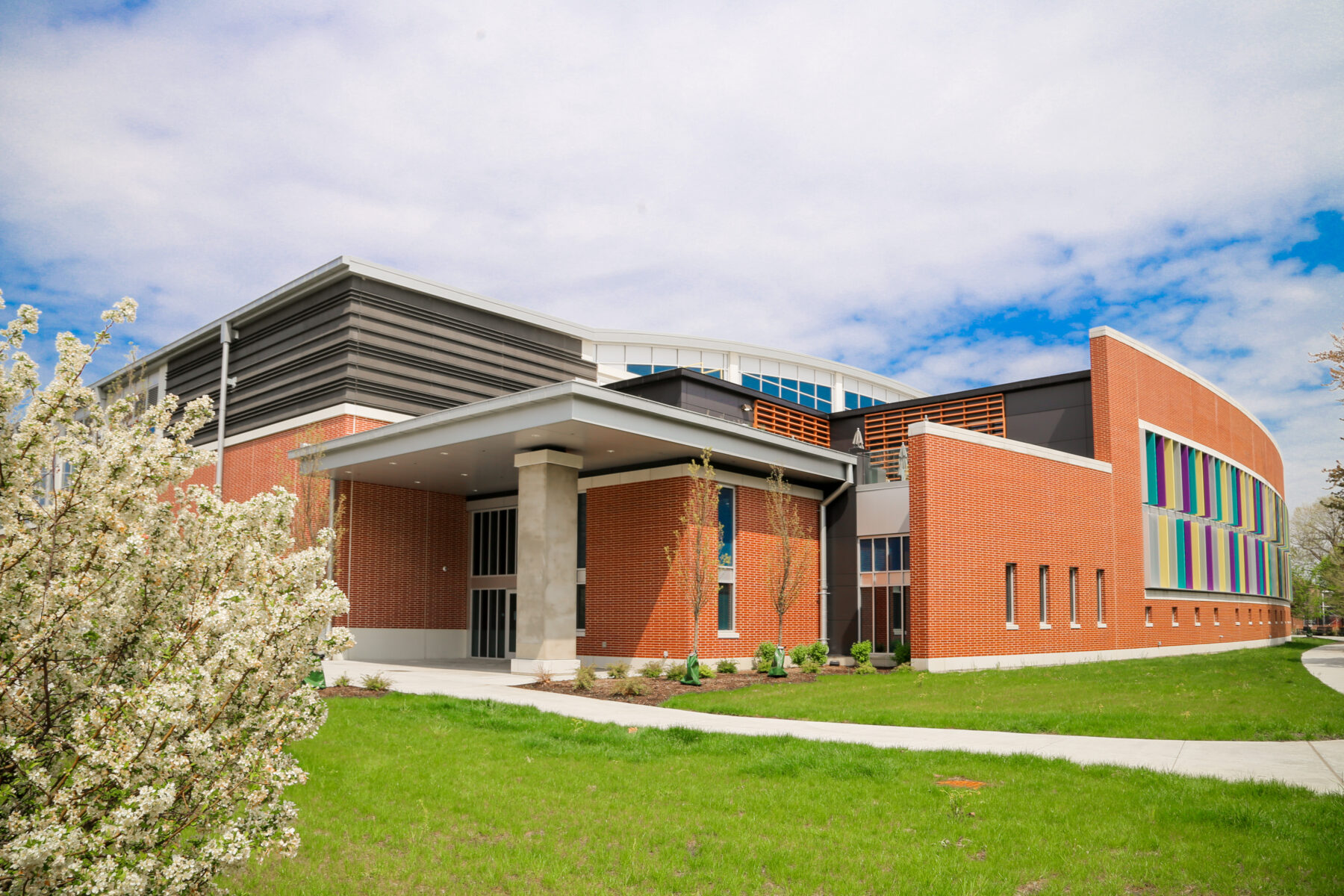