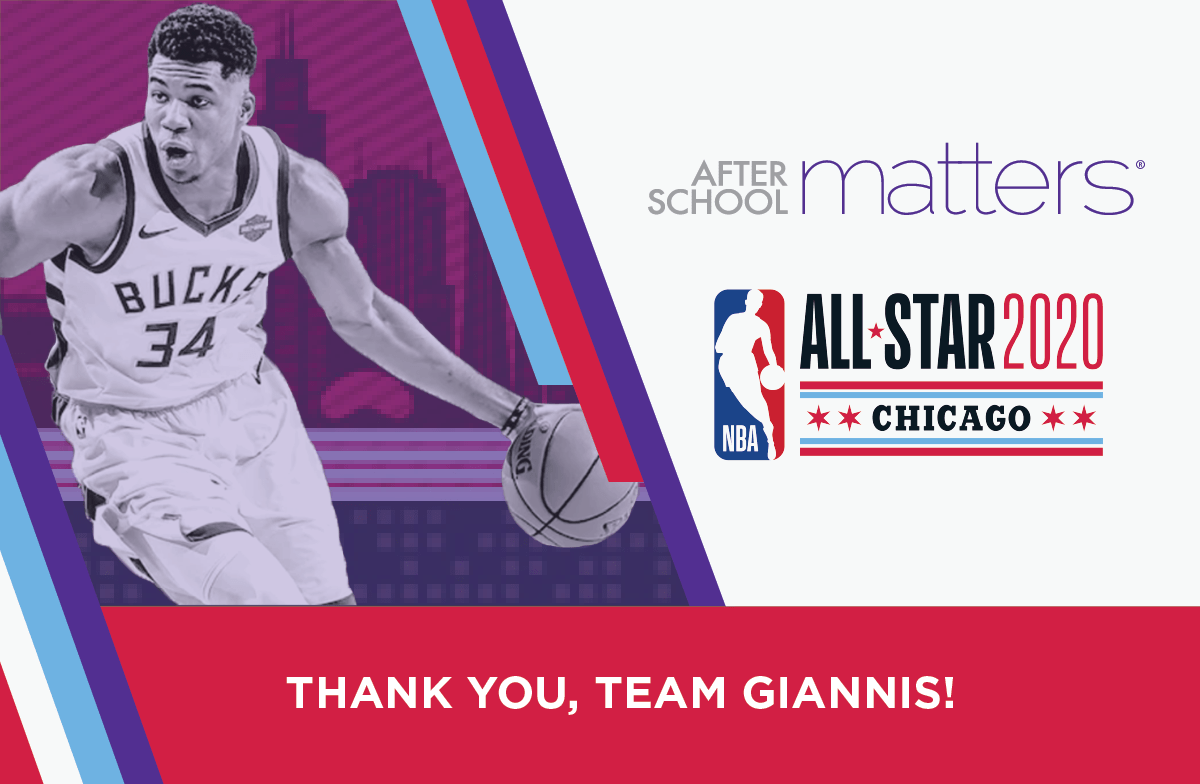 This past weekend, our teens had the once in a lifetime opportunity to participate in a variety of NBA All-Star Weekend events! The national coverage of the weekend not only highlighted the important role After School Matters plays for Chicago teens, but also shined a light on our teens, showcasing them as the creative, smart and driven individuals they are. We are incredibly thankful to Team Giannis, the NBA and NBA Cares for showing the young people of Chicago how much they matter.

In addition to participating in All-Star Weekend, a group of After School Matters teens have been working with NBA Cares for several months, serving on the NBA All-Star Youth Leadership Council. They presented project proposals for community change to a panel of NBA and WNBA legends at the NBA Youth Voices Summit during All-Star Weekend and will be bringing those projects to life this spring in neighborhoods on the south and west sides of Chicago.

Take a look at the tabs below to see highlights from All-Star Weekend events and to learn more about the NBA Youth Leadership Council.

Here are some of the amazing events our teens participated in during NBA All-Star Weekend in Chicago! 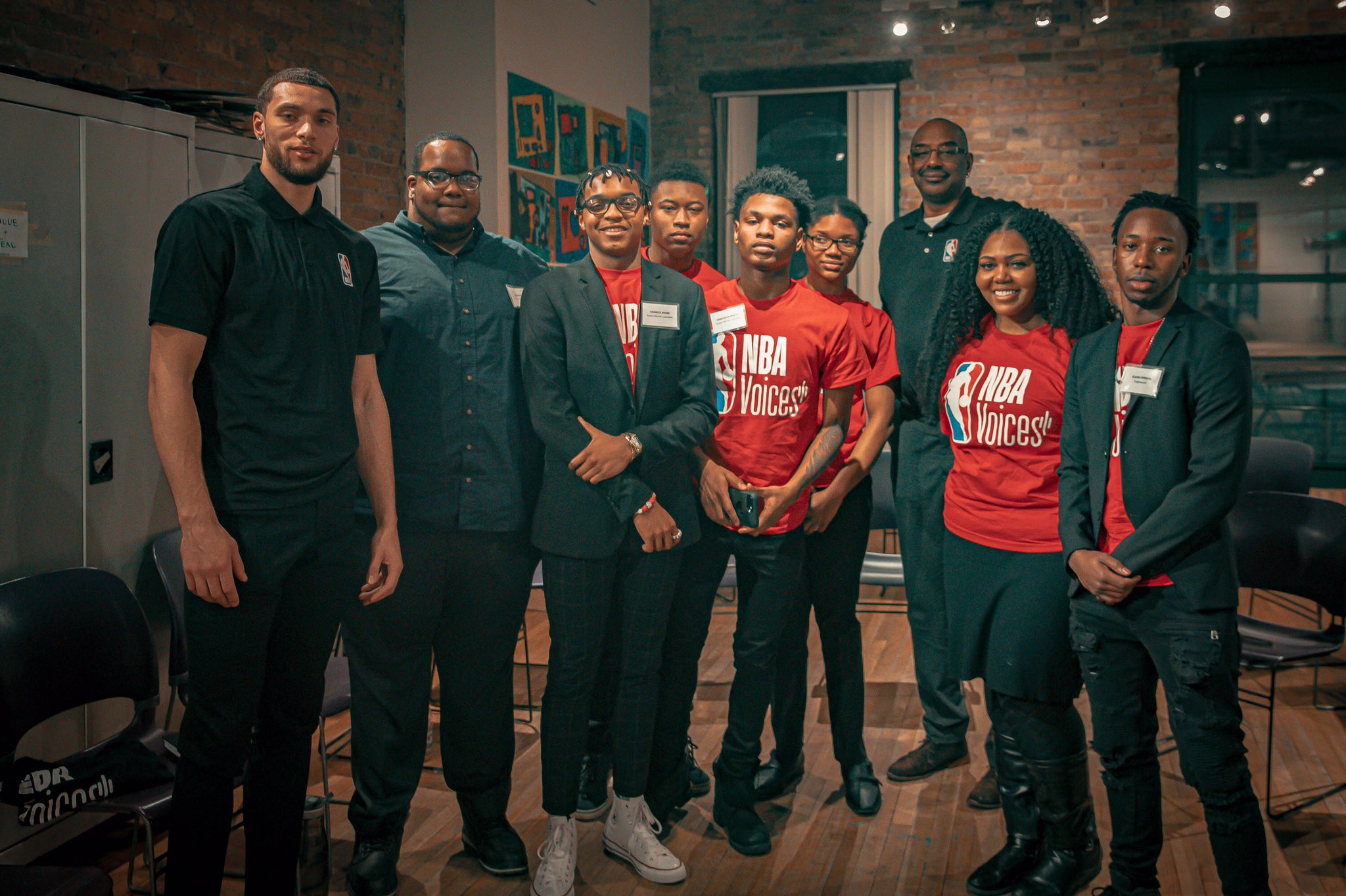 We kicked off All-Star Weekend on Thursday evening at the NBA Youth Voices Summit where teens in the Youth Leadership Council presented project proposals for positive change in their communities. The teens did an amazing job presenting to NBA/WNBA legends, Mayor Lightfoot, other civic leaders, fellow teens and more. Keep an eye on your inbox and follow us on social media this spring to see these incredible projects come to life in neighborhoods on the west and south sides of Chicago. 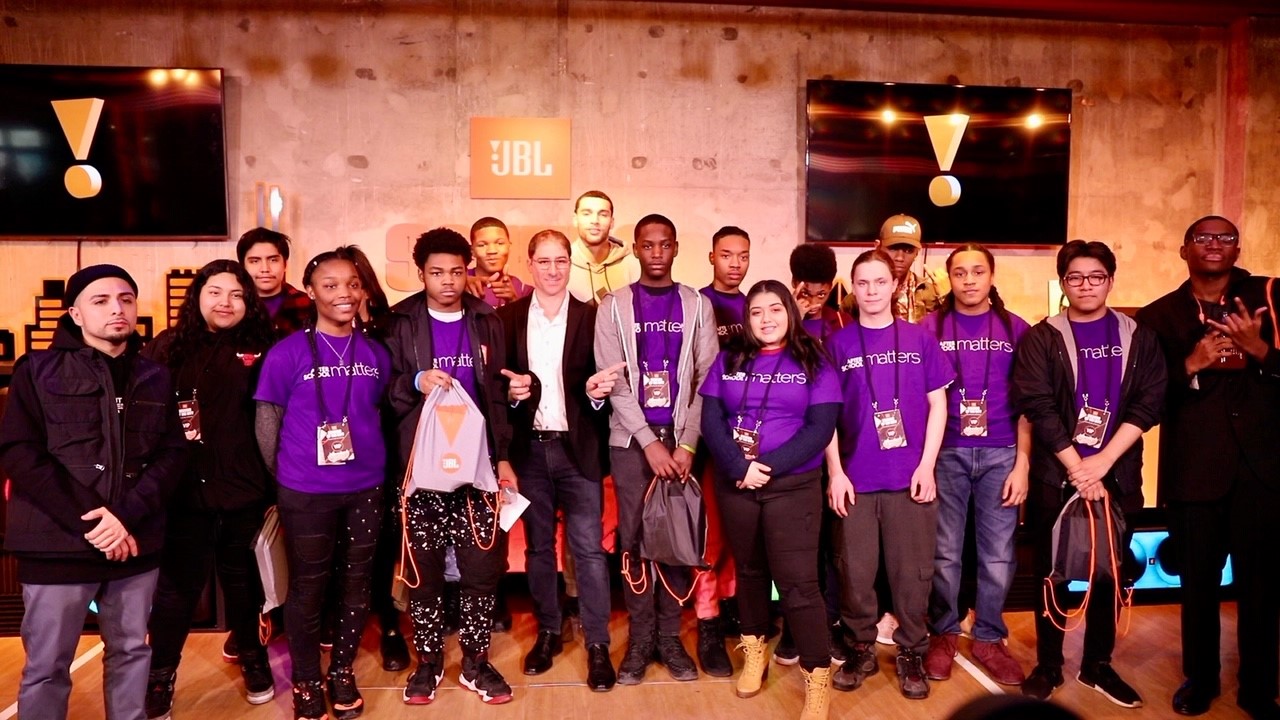 On Friday, teens in our podcasting program interviewed Chicago Bull Zach LaVine and Chicago-based artist Sentrock for an episode of their podcast! Thank you to JBL Audio, the Chicago Bulls and Water Tower Place for hosting! Thanks also to JBL Audio for contributing podcasting equipment for the ASM program. 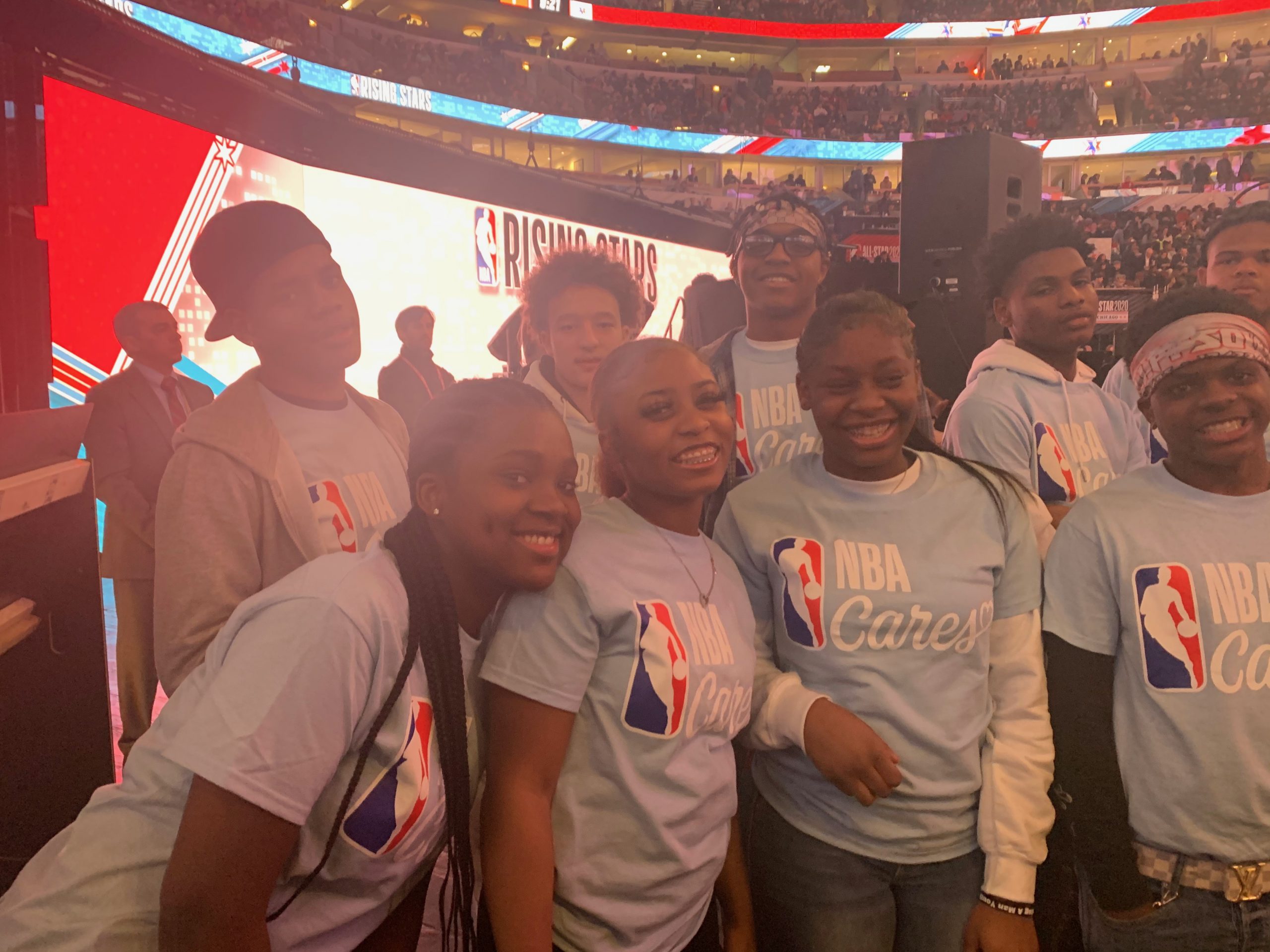 ASM teens attended All-Star Media Day and Practice at Wintrust Arena on Saturday morning! Each teen was paired with an NBA player to talk to the press about their excitement for All-Star Weekend in Chicago and got to watch the players participate in a shoot around and practice. 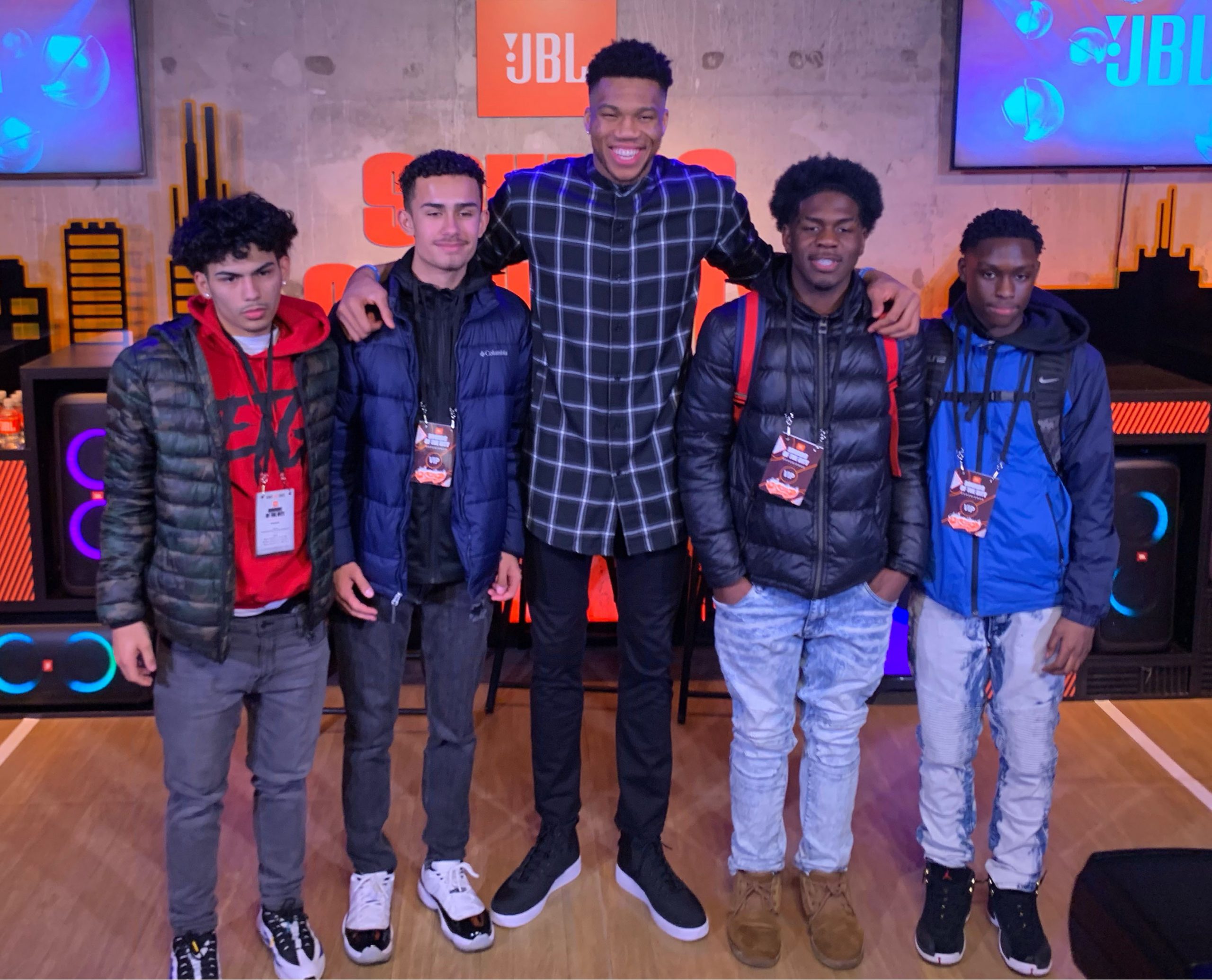 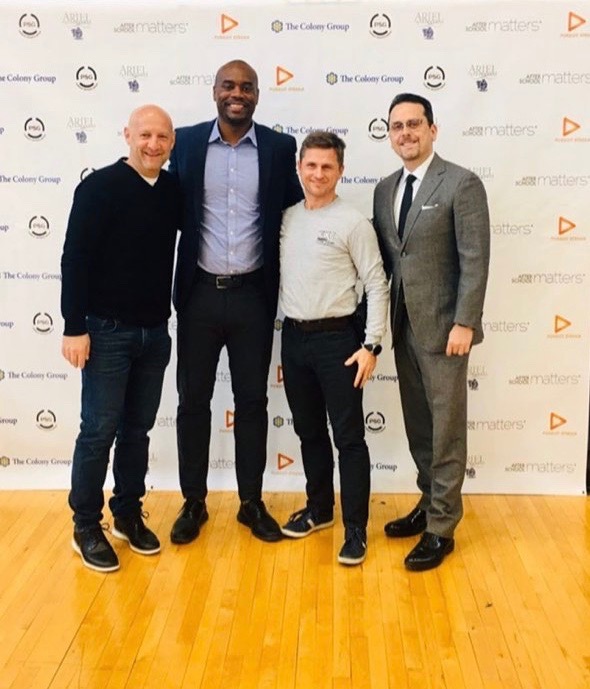 ASM teens attended the Pursuit Financial Panel at Jones College Prep on Saturday afternoon as part of an event dedicated to celebrating economic achievements in sports and entertainment. Teens learned about financial education and philanthropy from a variety of panel members including ASM’s very own Chief Advancement Officer Steven Berry! 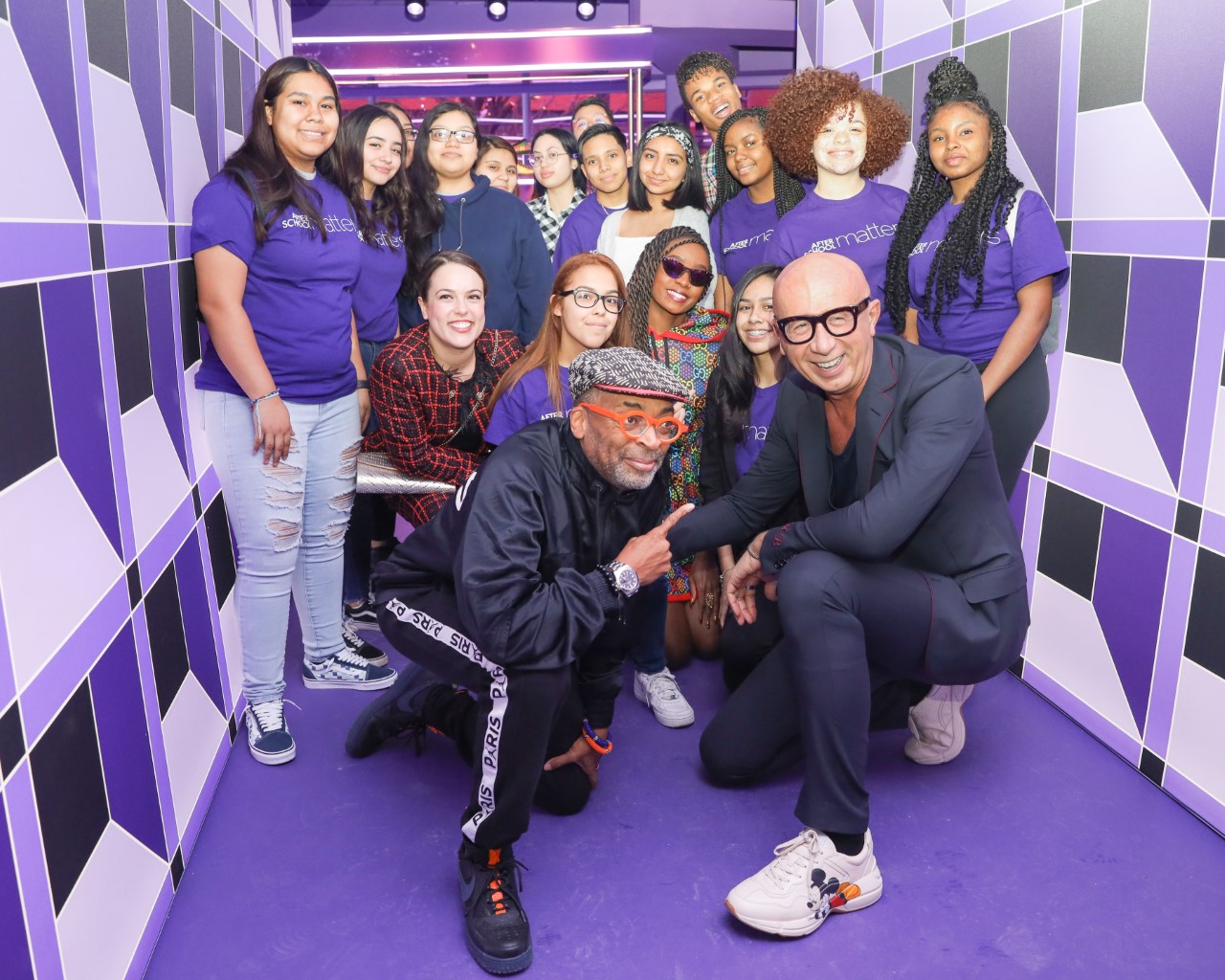 ASM recently received a generous $50K grant from Gucci for our fashion programs and was honored at the Gucci Changemaker Reception during All-Star Weekend! Teens in our fashion and MakerLab programs attended the reception and mingled with members of Gucci’s executive leadership team and director Spike Lee. 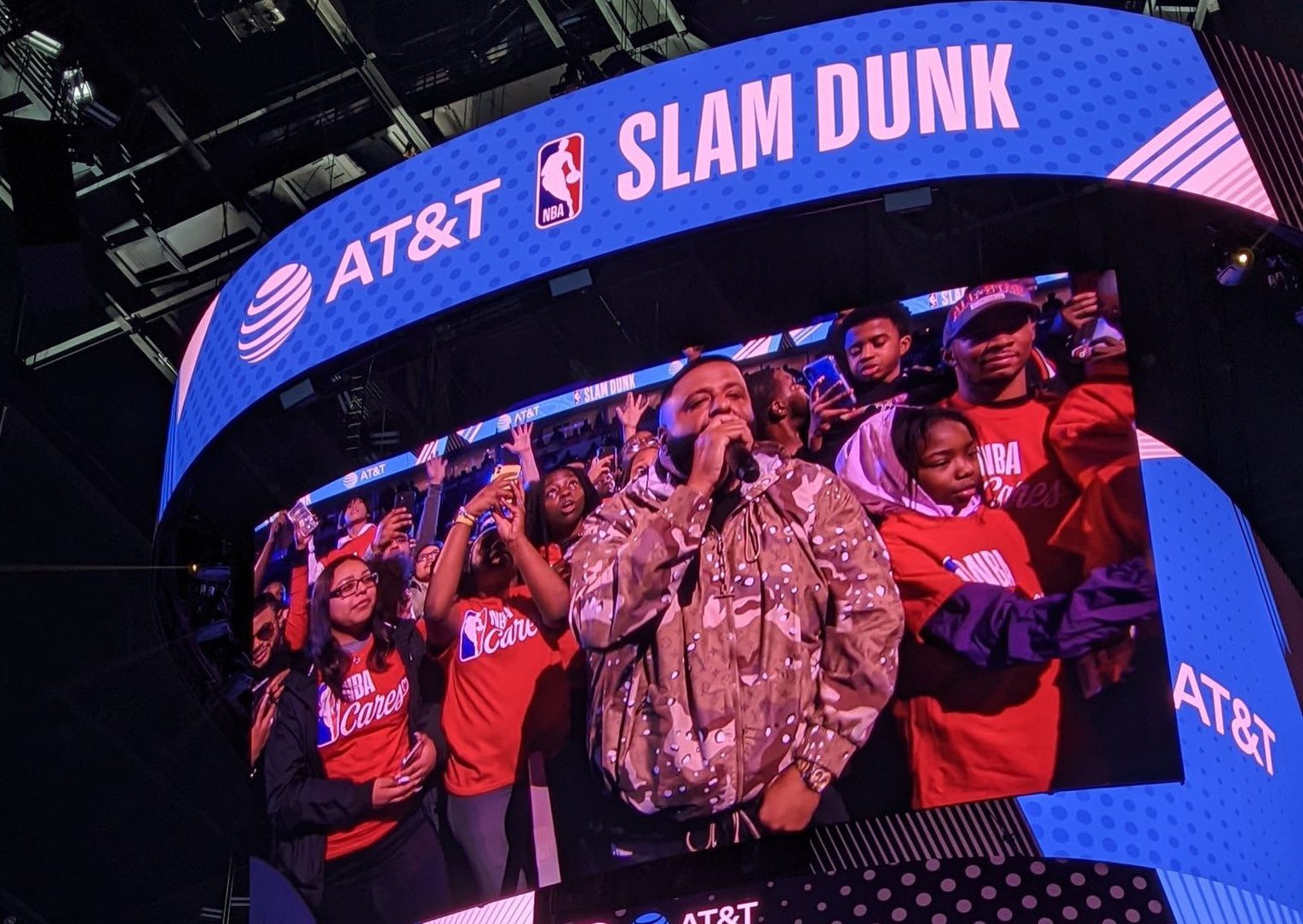 NBA Youth Leadership Council teens had a blast at the NBA Skills Challenge at the United Center on Saturday night! 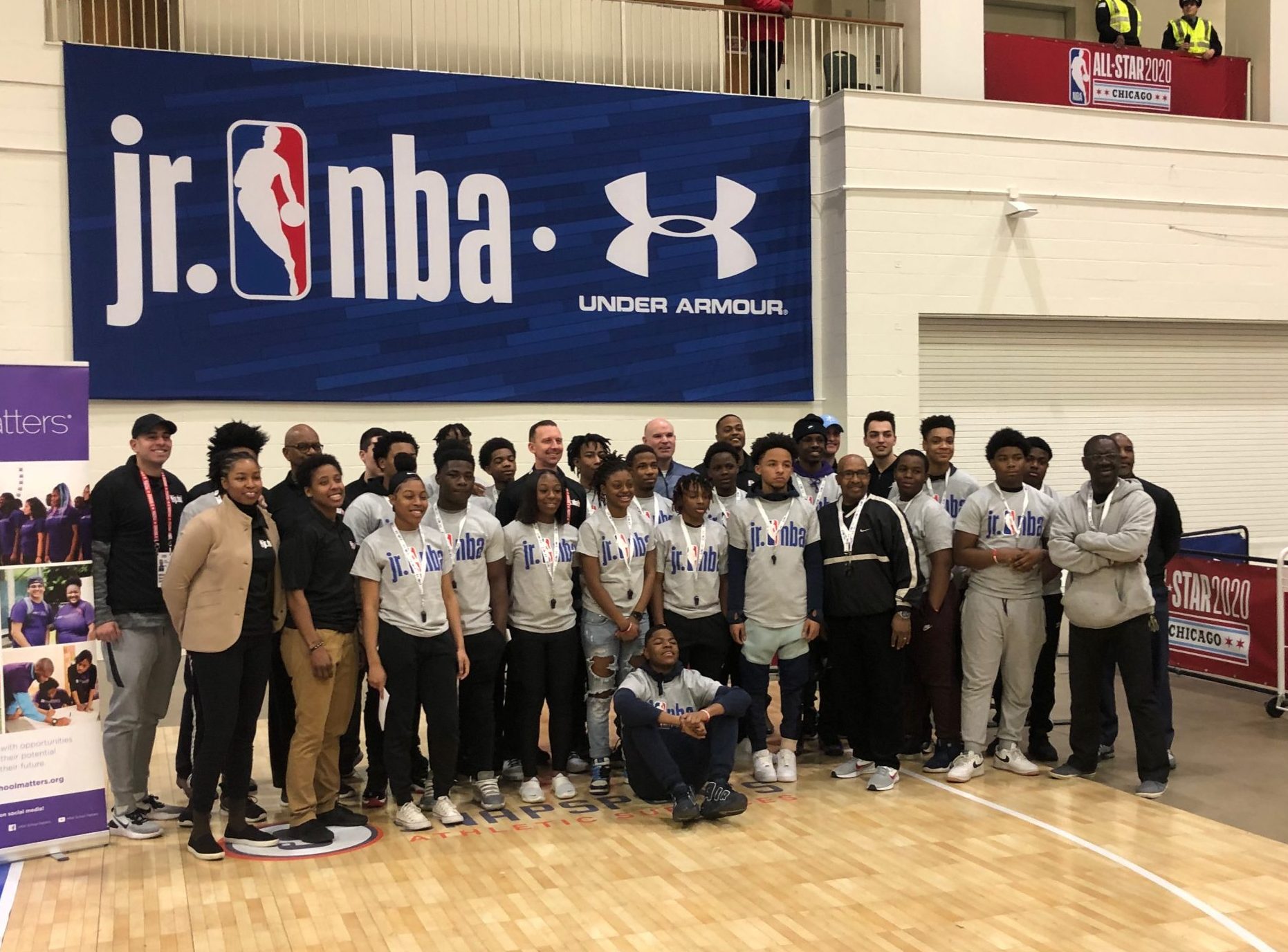 Two ASM officiating programs attended the NBA All-Stars Officiating Clinic Sunday afternoon and met NBA Referees who shared with them the steps it takes to become one!

Nearly 200 ASM teens ended All-Star weekend on a high note cheering on #TeamGiannis at the NBA All-Star Game at the United Center on Sunday night! Our #ASMAllStars loved watching the #NBAAllStars play their hearts out for Chicago teens!

The first-ever NBA All-Star Youth Leadership Council, a group of 20 high school-aged young people from throughout Chicago, first convened in November 2019 in partnership with the Chicago Bulls, After School Matters, Chicago CRED and Youth Guidance. The teens, who have met weekly in small groups to research challenges impacting their neighborhoods and collaborate on solutions for change, presented their perspectives and vision for change through five youth-led community projects for the first time at the NBA Voices Youth Summit. These projects, which will come to life in the coming months, will empower the youth leaders to help shape the impact and legacy of NBA All-Star 2020.

In partnership with After School Matters, Chicago CRED and Youth Guidance, NBA players and legends and community, civic and more than 75 youth leaders from across the city came together for a series of engaging conversations focused on empowering local youth to drive change in their neighborhoods. NBA All-Star Youth Leadership Council members shared their vision for change and presented their community project proposals, which will come to life in the coming months in the Auburn Gresham, Englewood, West Humboldt Park, Roseland, and Austin/North Lawndale neighborhoods of Chicago. 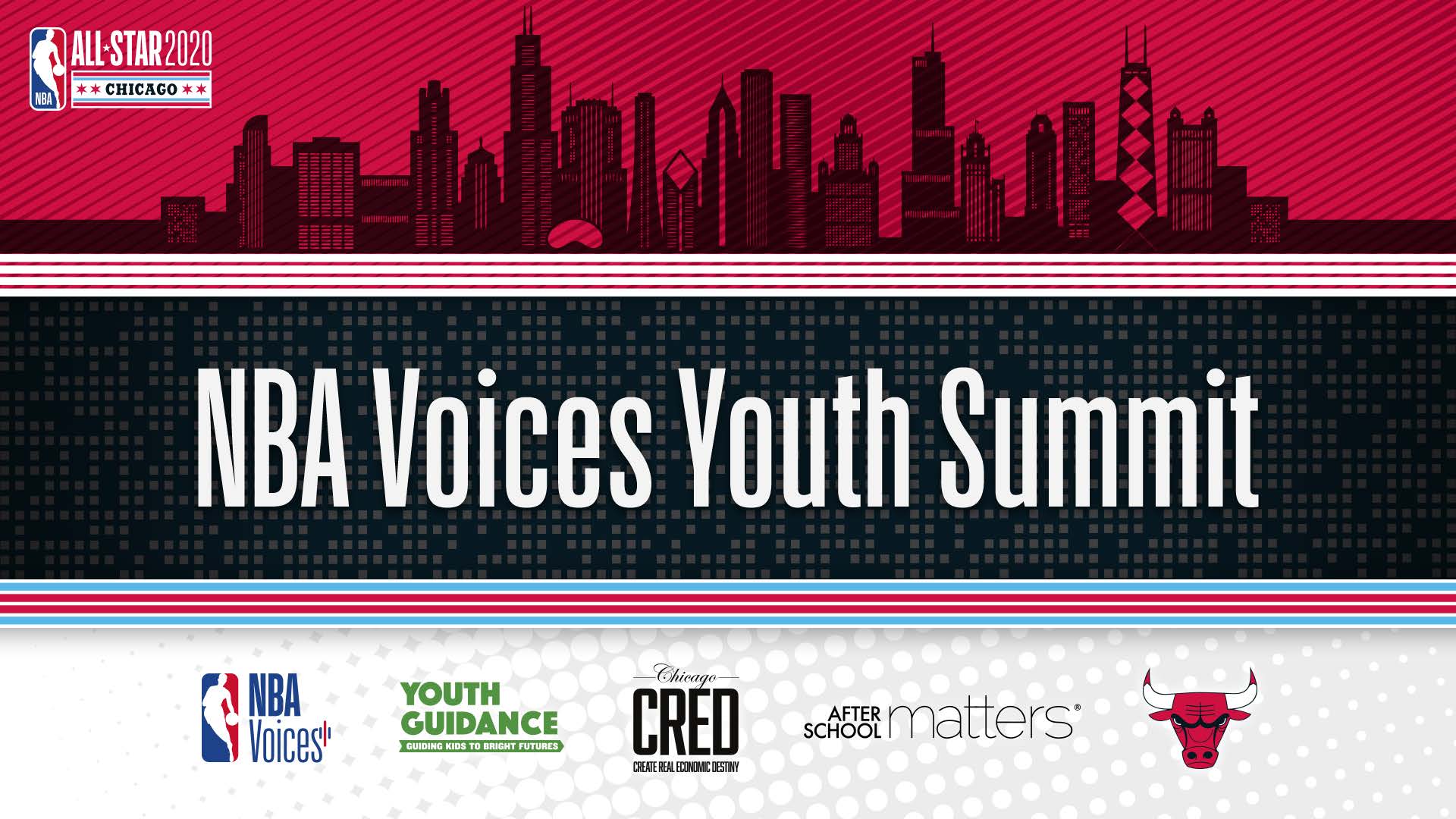 After School Matters is a non-profit organization that provides life-changing after-school and summer program opportunities to 20,000 Chicago high school teens each year. Our programs are a place where teens can explore and develop their talents while gaining critical skills for college, careers and beyond. With more than 400 program sites across Chicago, teens in every corner of the city can take part in programs in the arts, communications & leadership, sports, and STEM. 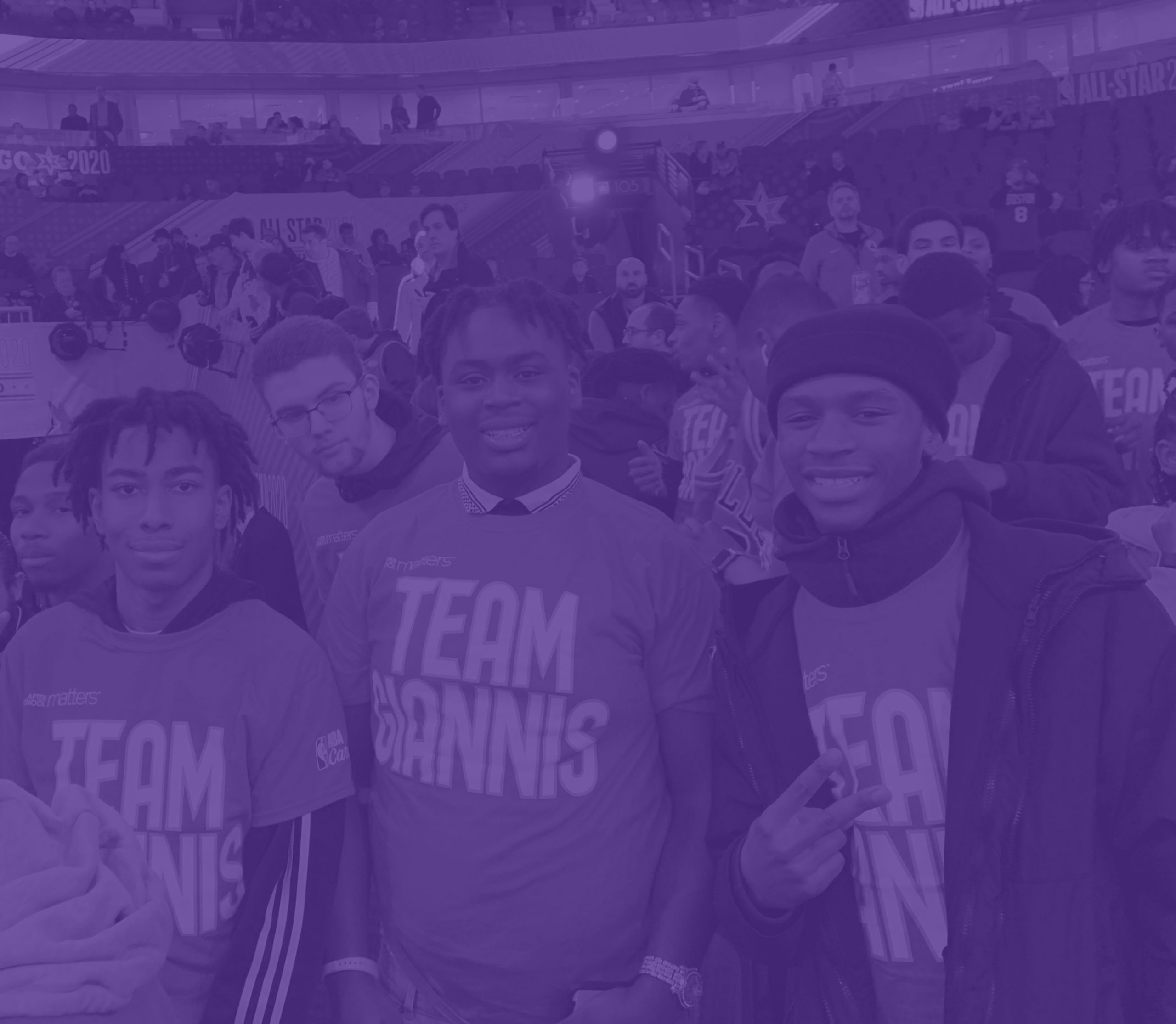